In today’s article, I attempt a totally unscientific and doubtlessly premature ranking of the characters from Way of the Force, separating them into tiers based on how likely I think they are to find their way into Tier 1 decks. Let the speculation begin! 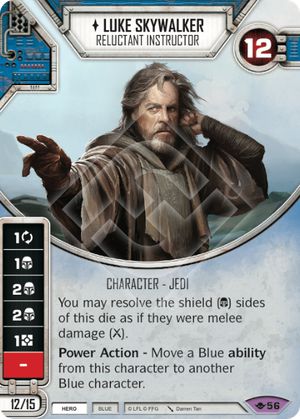 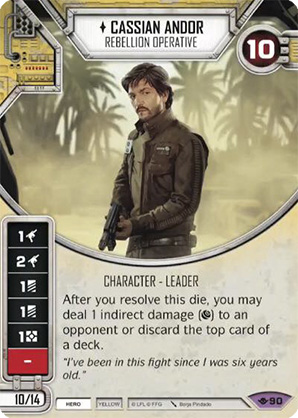 1. Luke Skywalker – Very good sides for his cost, which are difficult to remove. 12 health and an interesting ability make him ultra efficient for his cost.
2. Cassian Andor – His ability means you are always getting great value out of his dice, whether in a damage deck or a mill deck. 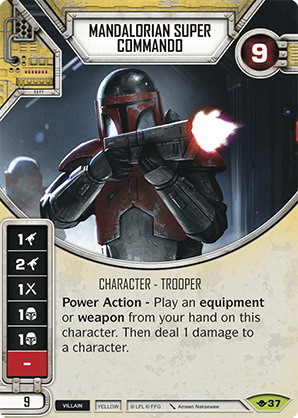 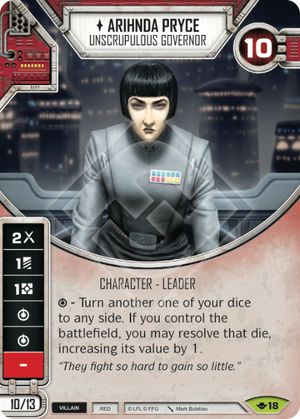 Very Good – These are characters I think have a good chance to be Tier 1, but I’m not 100% sold

3. Arihnda Pryce – She is amazing when you control the battlefield. The only thing that might hold her back is if we see a meta full of fast decks (or Rex).
4. Snoke – Efficient health for his cost plus an abusable Power Action. Don’t sleep on that double focus either.
5. Mandalorian Super Commando – The math on this guy is nuts, assuming you use the Power Action every round.
6. Count Dooku – Really powerful ability, especially against melee decks. Action cheats and ready effects will be amazing with him.
7. Plo Koon – His dice aren’t amazing for the cost, but they’re solid, and his ability is just ripe for abuse with the right partners. 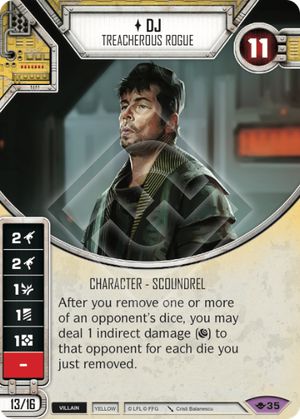 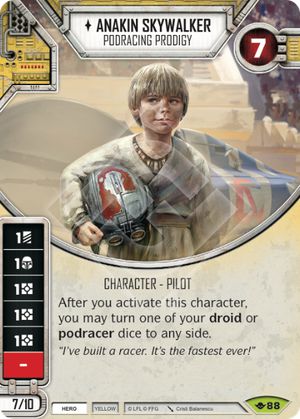 Solid – These are characters I think could be Tier 1 with the right deck/partner(s).

8. Rex – Good dice/health for his cost and a good ability. All around solid character.
9. Ezra Bridger – Good dice for his cost and a useful Power Action. A really good character for potential 5-dice starts.
10. Anakin Skywalker – Resource consistency to the max! The only thing keeping him from being higher on this list is that I’m not convinced Ezra1 isn’t just better.
11. Leia Organa – Immediately challenges Yoda and Riekkan for best mill character in the game. But how good will mill be? That’s the question.
12. Gungan Warrior – A solid throw in character for 6 points. All sides you don’t feel bad resolving. Easily better than Battle Droid.
13. Fifth Brother – Good health, but a pretty bland die for his cost. His special and his saber are potentially abusable.
14. DJ – Cool ability, but his die and health are only okay for his cost. He’s decent, but is he better than Boba?
15. Executioner – Melee version of FOS, with an extra health and an ability. Solid 8 cost support character if you’re looking for melee. 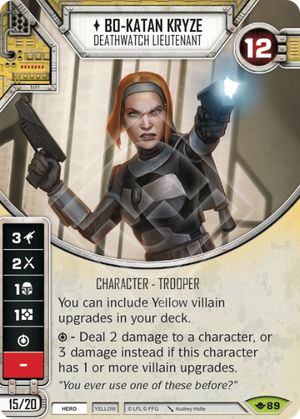 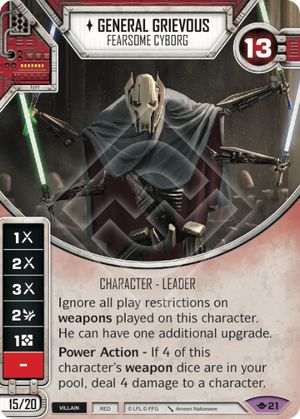 Okay – Unlikely to be Tier 1, but should see play in solid Tier 2 decks

16. Force Sensitive Outcast – Cool ability, okay die and health. 9 points for a non-unique is awkward though, and I don’t think she’s good enough to overcome it.
17. Trusted Informant – See above.
18. Firmus Piett – He’s all around okay. His ability is kind of useful to get resources round 1, but I don’t really see him shining.
19. Bo-Katan Kryze – Really good dice, but I’m convinced that big characters need good passive abilities to succeed in this game, and she doesn’t have it.
20. General Grievous – Good health and a potentially amazing ability. Unfortunately, I think it will be too hard to pull off for Grievous to be good. 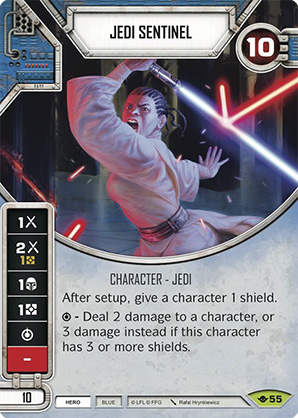 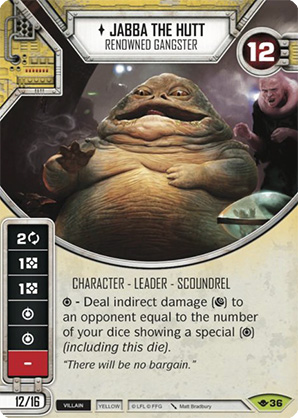 Binder – Yah, these guys are terrible

Overall, I like what I see in this set. At first glance, 15 out of the 24 characters seem like they could make their way into Tier 1 decks, and only 4 are truly bad. We’ll see how it plays out, but I expect that we will continue to see a diverse meta with the introduction of Way of the Force!

Posted In: Article, Exploring Way of the Force, Uncategorized